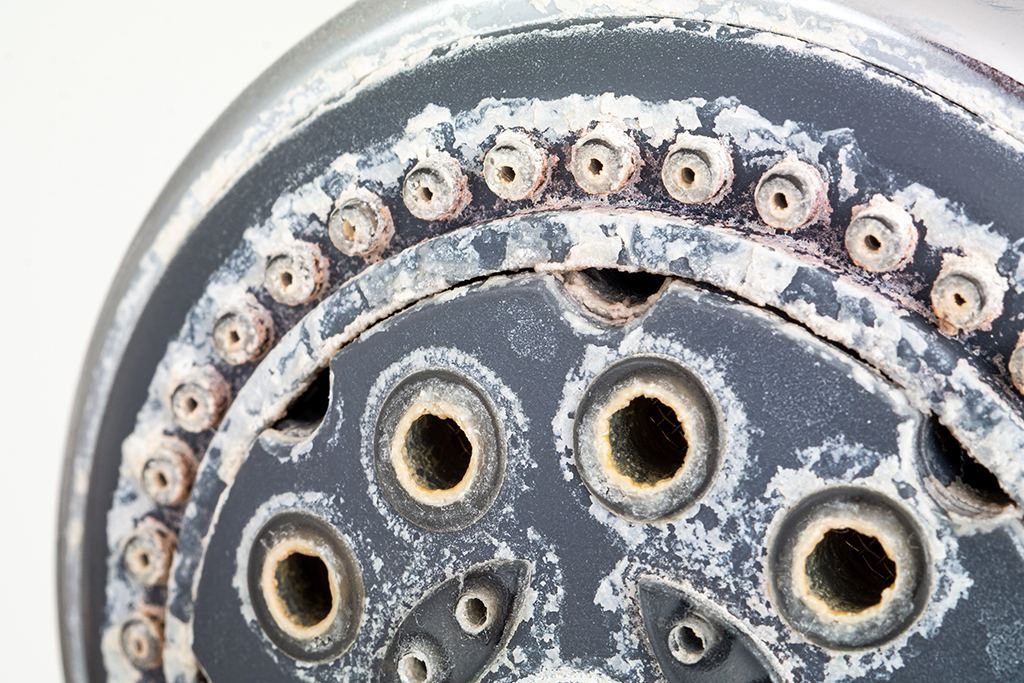 Photo by Octavian Lazar at Shutterstock

Hard water can be a problem in Las Vegas, NV. Magnesium and calcium make their way into Lake Mead from the Colorado River. There is no risk to your health. Magnesium and calcium are both important minerals that our bodies need, but hard water can be problematic in other ways. A water softening system removes much of the mineral content and alleviates effects of hard water.

You may have noticed staining on bathroom fixtures such as showers, sinks, toilet bowls, and countertops. Dishes may have dingy areas and spots. Hard water can also cause stiff clothing with a rough texture that feels scratchy against skin. Whites pick up tinges of gray, yellow and brown while colors become dull and look worn out after only a few wash cycles. Washing your hands and showering with hard water may eventually leave your skin feeling hard and dry. You might notice flaking and an ashy color as well. Some people even experience skin irritation similar to an allergic reaction after frequent hand washing with hard water. A plumber can have water analyzed to determine mineral concentrations.

Hard water also forms a residue called scale on plumbing fixtures and inside pipes. Over time, increasing levels of scale can contribute to low water pressure and clogged pipes. Hot water heaters can’t function efficiently with large amounts of scale residue in the tank. High mineral content in your water can also reduce the functional lifespan of appliances such as dishwashers and washing machines. Contact a plumber if you’re dealing with malfunctioning appliances to find out if hard water may be the problem.

Some conditioner systems need a special material called template-assisted crystallization, or TAC, media to function. No power source is necessary. TAC media reacts with mineral particles to form very tiny crystal. The crystals remain in the water, and TAC can’t react with every mineral ion, but the concentration is reduced enough to prevent scaling. The WaterReuse Research Foundation states that TAC media can even reduce existing scale residue by up to 88%. Consult your local plumber to help you decide if a water conditioner is right for your household.

Electrically induced precipitation, also known as electrolytic deionization, uses direct electrical currents. Mineral precipitates form on electrodes that need to be cleaned regularly. Sometimes the mineral precipitate forms a soft sludgy substance on heating elements and other structures, although the soft substance is usually removed by flowing water. Low water pressure can be a problem for sludge removal, so contact your plumber to address water pressure issues.

Magnetic water treatment uses magnets and electromagnetic devices. This is one of the most debated types of water conditioners. Hard water passes through a magnetic field to form microscopic precipitate crystals that won’t form scale. The effectiveness of this method has never been verified by scientific consensus, so it’s probably best to choose a different method.

Salt-based softeners work through ion exchange facilitated by chemical or physical processes. Ion exchange has been used to soften water for decades. Sodium water softeners remove calcium and magnesium with a basic chemical reaction. Hard water enters the home through normal routes from a pipe or well, but it goes through the softener unit before reaching faucets and fixtures. Although salt-based softeners don’t sound complex, installing softening units is a job for a professional plumber.

Sodium softener units have resin beads coated in sodium. The sodium molecules are exchanged for calcium and magnesium as water runs through the softener system. Eventually, sodium is depleted and resin beads need to be rinsed to remove minerals and recharged with fresh sodium. The frequency of regeneration differs according to household water use. Some people avoid ion exchange softeners because the process does increase the sodium content of the water, which is problematic for low-salt diets.

Salt softeners are problematic for other reasons too. They’re actually banned in some parts of the country. The regeneration process occurs in a brine tank filled with concentrated salt, and each unit needs electricity and a drainage line.This highly concentrated solution removes magnesium and calcium ions from the resin beads and replaces them with sodium. Unfortunately, regeneration produces wastewater that’s too salty to use for anything, so it’s discarded through the drain line. Your plumber can set up the brine tank and make sure the regeneration process is working.