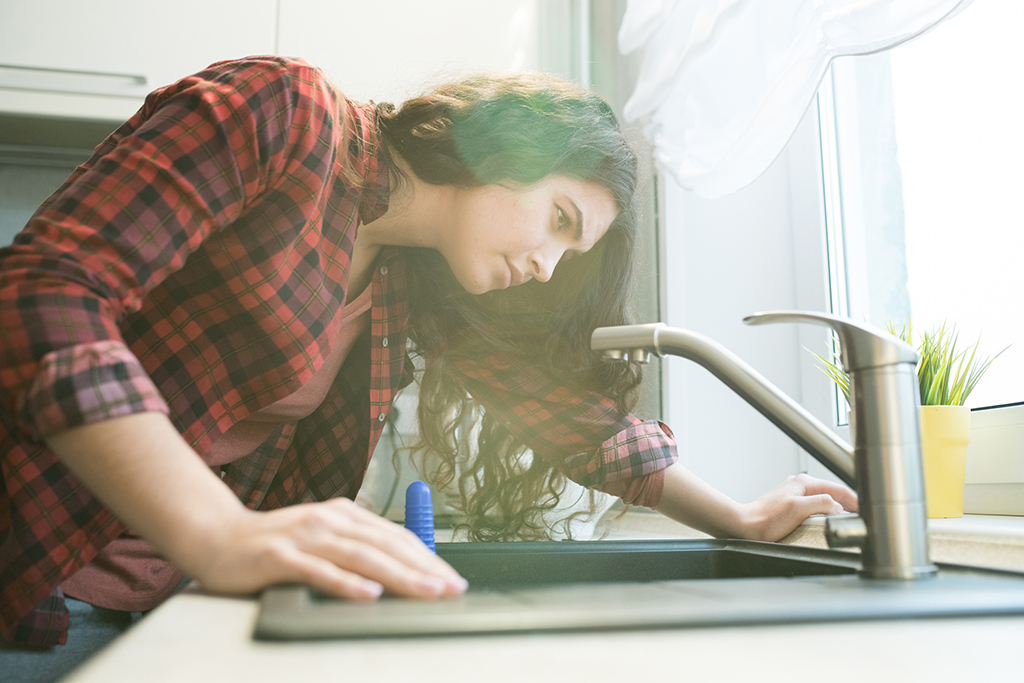 Photo By SeventyFour at istock

While they aren’t the most minor plumbing problem, pipe leaks are one of the most common reasons that people call plumbers. Pipes can leak for tons of different reasons, but it’s important to get the leak stopped before it causes serious damage regardless of its cause.

The worst pipe leaks are a result of burst pipes, which happens when your pipes freeze during the winter and thaw out again. As the frozen water expands, it puts pressure on the pipe which can eventually crack it. When that water thaws out, it simply leaks out of the burst pipe. This can cause thousands of dollars of structural damage, so it’s important to shut your water off and call a professional as soon as possible if you suspect you have a burst pipe in your home.

Pipe leaks may be the worst type of leak to have in your home for the most part, but they’re not the only type. Another common cause for calling a plumber is a fixture that’s leaking, whether it’s a dripping faucet, a water heater or a toilet.

The good news about fixture leaks is that they’re generally fairly easy to fix because they’re isolated to one small area. While a plumber has to search your home a bit to find a pipe leak, a fixture leak can generally be fixed by simply replacing the fixture or the water lines that run to it.

In the case of a leaking faucet, the fix could be even simpler. Oftentimes, you only need one small part of a fixture replaced to fix a leak, and that’s certainly the case with faucets a lot of the time.

Of all the plumbing problems you’re likely to experience in your Las Vegas, NV, home, clogged drains are right at the top of the list. The thing about clogged drains is that there are a lot of different things that can cause them, and a lot of homeowners aren’t even aware of what they’re doing to clog their drains.

The easiest way to avoid clogging your drains is to avoid putting the wrong stuff down there. As tempting as it may be to flush garbage when you’re in the bathroom or put lots of food down the garbage disposal, these are guaranteed ways to cause a clog. For the best results, you should put as little solid waste down the drains in your home as possible, although toilet paper is fine since it breaks down in your drains.

If your drains do get clogged, it’s important to use the right drain cleaner. Most plumbers recommend using an enzyme-based drain cleaner that eats away at the clog without causing damage to the pipes. Not only are these drain cleaners safe and easy to use, they also prevent potentially catastrophic damage that can be caused by chemical drain cleaners that damage your pipes.

Most homeowners depend on hot water several times throughout each day, so losing access to hot water is a big deal. The fact of the matter is, however, this is a problem you’re likely to encounter at some point. Hot water heaters are only designed to last so long, and yours could have problems well before its expected replacement date.

When you’re dealing with water, corrosion is always a potential problem. From the pipes in your home to the fixtures, everything can and will corrode over time. One thing that’s worth noting when it comes to corrosion is that the process is accelerated if you have hard water. You can have a plumber test your water to see how hard it is. If your water is causing increased corrosion, you might want to have a whole-home water softener installed.

Your toilet should run for a bit after you flush it, but not too long. If you flush your toilet and you notice it’s still making noise 10 or 20 minutes later, you’ve got a running toilet. The good news about running toilets is that they’re one of the simplest plumbing problems to fix. In a lot of cases, you can simply jiggle the handle or flush the toilet again to get it to stop running. If that doesn’t work, a plumber should be able to get the problem sorted out quickly.

You already have a lot on your plate as a homeowner without having to deal with plumbing problems. While it’s important to keep an eye out for potential problems, you should always call a professional when it comes to repairs.

If you’re looking for a top-notch plumber in the area, Craig’s Plumbing has you covered. Whether you need new fixtures installed, a leak fixed or a clog knocked out of a drain line, give Craig’s Plumbing a call at (702) 496-3892 and make it simple.