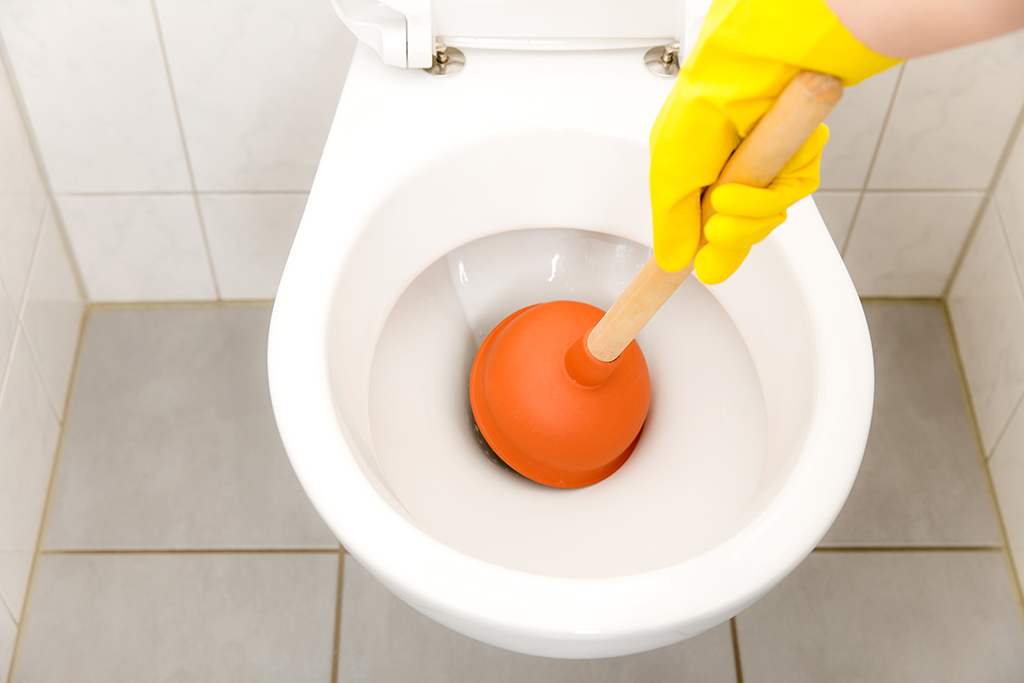 If you’ve ever had a toilet that clogs frequently, you know how frustrating it can be. You might feel like you’re constantly plugging and unclogging, but the problem never seems to go away permanently. So why does this happen, and what can you do about it? Read on to find out.

Frozen pipes are a common problem during the winter in Summerlin, NV when it’s too cold for pipes to expand and contract normally. This can cause them to crack or leak, which can cause sewage to seep into your home. Pipes are especially susceptible to this problem because they’re exposed to constant changes in temperature. High water pressure from the city or a garden hose running through the yard may make them more susceptible to freezing.

A pipe can also freeze if it’s snaked through an area with poor ventilation. The cold air can pressurize the pipe and keep water from coming. Most pipes can’t be repaired once they’ve frozen, so you’ll have to schedule a plumbing service to remove them and replace them with new ones.

A fogged drain pipe is a clog that cannot be seen. It can happen due to grease, hair, or debris accumulated over time. For this kind of clog, you may have to hire a plumber to come and take a look. Sometimes we are not sure whether it is a clogged toilet or something else. You can tell if it’s something more than just a clogged toilet if you have multiple bathrooms in your home and none of them are working.

The Toilet Is Outdated

The toilet may probably be too old. Often, a bathroom approaching 20 years of age will generally start to rust on the inside. The more it rusts, the less water that the tank can hold. This causes weak flushes and clogs.

Many older toilets are low-flow models and have difficulty with today’s bathroom products, such as baby wipes and paper towels. These items often get caught on something in the bottom of the bowl, causing a clog. If you’ve got an old toilet, consider having a plumbing service replace it with a new one.

Too Much Toilet Paper

Some people are obsessed with toilet paper. They put it on their floors, walls, and ceilings. They roll it into a ball and throw it in the toilet. You might think there’s never too much toilet paper, but as a general rule, the more there is in your bathroom, the more likely you’ll have to deal with problems.

One of the most common problems with toilet paper is that it doesn’t always disintegrate when you pull it out of the dispenser. That means you can end up with a clog, making your toilet bowl unusable until you flush it away. In this case, you’ll require a plumber to remove the toilet paper.

A flapper valve is a part of the toilet that allows water to flow from the tank into the bowl. It is a rubber seal on a hinge that lifts when you flush and then falls again. However, the flapper valve can sometimes get broken or stuck in the open position. This makes it so that water can leak out of the tank, which will cause your toilet to clog.

To fix this problem, you need to have a plumbing service check if your flapper valve is cracked or has debris stuck on it. If it does have something stuck on it or is broken, they will need to replace it with a new one.

If there’s no hair in the trap or drainpipe, you may have flushed something down the toilet that shouldn’t be washed, such as a wet wipe, feminine hygiene product, or small toy. You’ll need a plumbing service to disassemble the toilet and fish out the offending item from the bathroom to fix this problem. They can usually do this without removing the entire toilet from its mountings.

It would be best to have a plumbing service regularly maintain your toilet to ensure that it stays in good shape. Although a plunger can prevent a clog from happening, it does little good for one that already occurred. If you notice that your toilet is clogged more often than usual, you might want to call in a professional in Summerlin, NV, who can inspect the pipes and determine what is causing the clog.

In most cases, your toilet is clogged because something is blocking the drain. It could be an object or debris that has been stuck in the pipe for some time now. The plumbing service can inspect inside the line and identify where the blockage is located. A plunger may not work well on a persistent clog because it might just dislodge it temporarily until it gets stuck again after another flush

Over time, hair and soap scum builds up in your pipes and can cause a clog. A stubborn clog can usually be traced to excessive hair and soap scum accumulation in the trap and drain pipe. While you might be able to break up some clogs with a plunger, eventually, you’ll want a plumbing service to disassemble the drain trap, remove the clog and then clean the trap and pipe.

Old pipes can begin to rust and fail over time, causing blockages in the drainage lines. However, if the clog is in the mainline, it will affect every drain in your home. Professional plumbing service in Summerlin, NV, can help determine whether you need re-piping services or an immediate solution to your current clog.

Hire a Reliable Plumbing Service To Unclog Your Toilet

You might not realize it, but many things can cause a clogged toilet or drain. Our sewers might have various problems that are impossible to notice without professional help. A blockage in the sewage system will not be able to be fixed by yourself. To prevent this problem from happening repeatedly, you should call up Craig’s Plumbing once the toilets turn into an obstruction. We can quickly unclog the toilet for you and leave your home as good as new.