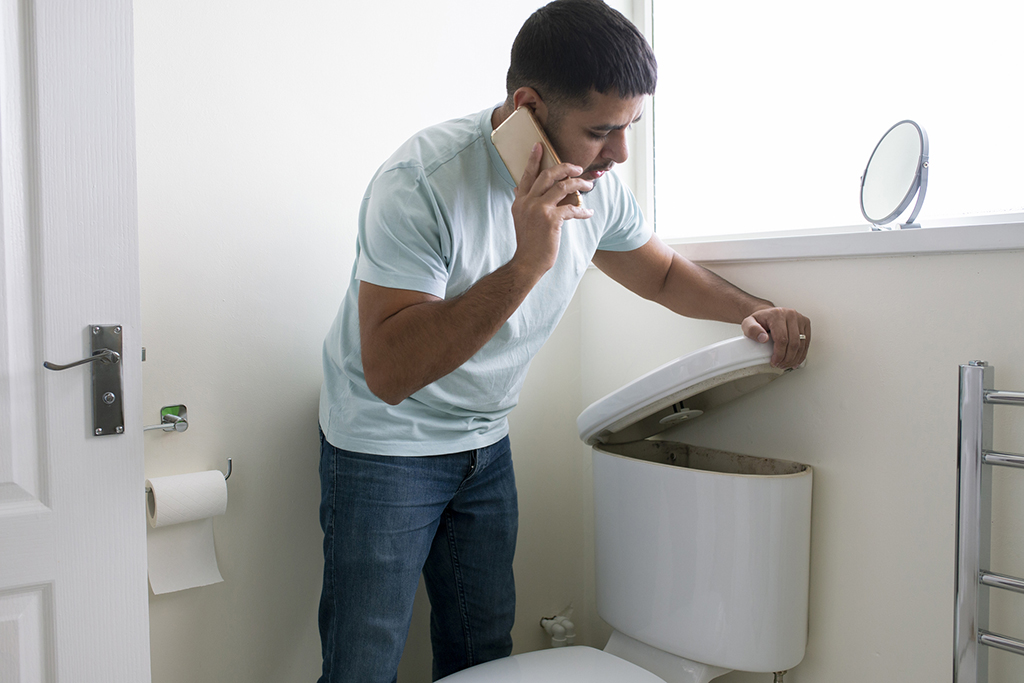 Photo By SolStock at istock

Plumbing issues come in all sorts of forms, from minor plumbing mishaps such as a running toilet to major pipe leaks that can cause damage to floors and walls. Water damage is some of the worst damage that can occur to your home, so plumbing issues should be addressed right away. Most plumbing issues will require the help of a licensed plumber. Below are some of the most common plumbing issues that professionals from Craig’s Plumbing, of North Las Vegas, NV can assist you with.

This is one of the most common plumbing issues. In fact, you would be hard-pressed to find someone who hasn’t experienced this issue at least once in their lifetime. Leaky faucets are more than an irritation. They can push up your water bill sky high and cost you money each and every month until fixed. Hundreds of gallons can be lost per year due to a leaky faucet. Your local plumber can fix this issue quickly, often with a new internal washer.

This is most often caused by a blockage in the pipes causing the water flow to restrict. Kitchen sinks often contain congealed fat and food particles, while a bathroom sink is often clogged by hair and soap. When a clog remover does not work it’s time to call your local plumber who can then snake your drain, removing the clog. If the drain is not cleared in a timely manner the problem will only worsen to the point that your drain no longer drains at all. You should avoid using clog removers all together as these lead to pipe damage over time, especially if used too often.

Just like bathroom sinks, bath or shower drains can also become clogged with hair and soap products, especially bar soap. Bar soap can easily mat with hair making a rather stubborn clog to deal with. Clearing these blockages often will require the use of a snake. If left untreated you may face a tub or shower that will not drain at all. When your shower or tub fails to drain it’s time to call your local plumber.

When your toilet refuses to drain and fills up with water you have a clog. Depending on where in the pipeline the clog occurred can mean the matter between a light plumbing bill to a heftier plumbing bill. If your water is backing up into the tub when you flush your toilet, you have a real issue only a professional can fix, as this means the clog is farther down the line than a normal auger can reach. If the clog is more towards the sewer line this can be a real issue requiring a sewer snake. The cause of the clog is most often tissue paper or flushable wipes mixed with human waste. For a clogged toilet that a plunger won’t fix its time to call your local plumber.

A running toilet is a serious issue in North Las Vegas, NV as it can cost you upwards of 200 gallons of metered water per day. This issue is most often due to a faulty flapper valve. The flapper valve controls the water that passes from your toilet tank to the bowl. This is an easy fix for a professional. One other less likely cause of a running toilet can be caused by sediment leaks. This is when sediment affects the flushing and filling of your toilet. You could also have what we plumbers refer to as a silent leak. If your water bill seems high, drop some food coloring into your tank and see if it enters your bowl without flushing.

This issue is often undetected until your water heater breaks and you hop in the shower or tub only to find no hot water. Water heater failure can arise due to a multitude of issues. It may be as simple as the pilot light going out or as complicated as your water tank is full of sediment. Rarely the thermostat may be the culprit. Usually, it is best to call a licensed plumber to inspect and fix your water heater rather than trying to fix it yourself as water heaters can be dangerous when tampered with.

Leaky pipes can cause massive property damage if not dealt with quickly. Trust me time is of the essence if you have leaky pipes. The water damage from leaky pipes is not the only issue you will have to contend with, but also the mold that will inevitably come with leaky pipes as water seeps into wood and drywall. While tape and compounds can be a temporary stop-gap, you will want a plumber to permanently fix the issue by replacing the pipes that are affected by leaking.

Sewer system backups are a nightmare for any homeowner. Not only are they smelly they can be rather expensive to fix. If multiple toilets and drains in your home fail to operate, and you can smell the bad odor of human waste then this is likely a problem on your end. If the blockage is on your property line then it is up to you to fix it.

If you are experiencing any of these plumbing issues, do not hesitate to call Craig’s Plumbing at 702-780-6385, Las Vegas only lifetime plumbing warranty company.