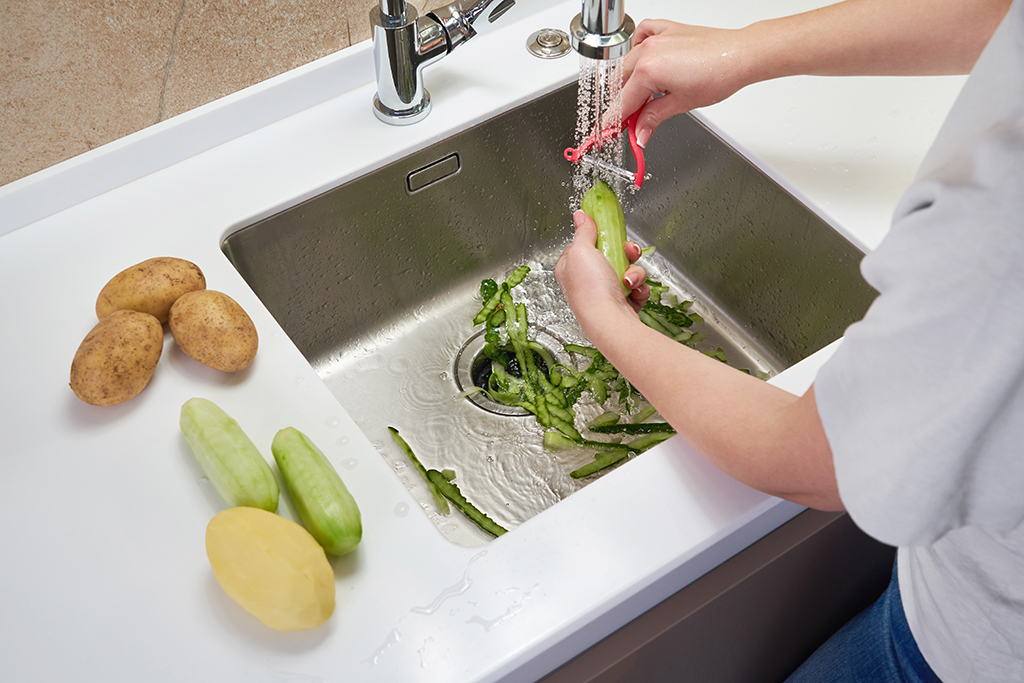 Despite their popularity, most homeowners do not fully understand the appliance. Most homeowners mostly call us for plumbing repairs and cleaning, meaning they have run into a problem with the unit. However, the more information you have on your garbage disposal machine, the more you can avoid calling a plumber to attend to some avoidable repairs. Read on to learn some myths regarding this appliance that you probably have believed for all this time.

You Can Throw Any Food Waste Down The Garbage Disposal Unit

Similarly, starchy food items like potato or pawpaw skins are often too thick for the unit to break down effectively and efficiently. Interestingly, most people don’t know that eggshells are bad news for the garbage disposal unit. They should never be thrown down the appliance. The eggshell membrane gets wrapped around the unit’s blades, resulting in damage.

That Lemons Can Clean Your Garbage Disposal Unit

If you detect a smell emanating from the unit, you may have read some online posts about using a lemon down your drain. However, some plumbers agree that a lemon smell is strong and may cover up the foul stench from your unit, but just for a moment. The foul smell will later come back. This is just but a short-term solution because lemon is not a disinfectant.

Moreover, this may result in more severe problems instead of acting as a solution. Lemons contain citric acid that may corrode the interior parts of your garbage disposal unit that are metallic. Remember, a smell can also signify another larger underlying problem with your plumbing, and pouring some lemon down there will just be covering it up. Hence, such a myth can result in costly repairs or replacements. Ensure that you enlist the services of a professional plumber immediately if you notice a foul stench emanating from your disposal unit.

If Your Drains Are Clear, The Garbage Disposal Unit Is Fine

Like many plumbing fixtures and appliances in your home, you should enlist a reliable plumber for regular checkups, maintenance, and repairs for your garbage disposal unit. You should also be ready because, after some time, the unit will also need a replacement. The lifespan of a garbage disposal unit is about 15 years, but with regular care and maintenance. Otherwise, the unit may need a replacement long before the lapse of its lifespan.

Many homeowners neglect their appliances and believe that since their drains are working fine or don’t have a clog, the appliance is working fine. Unfortunately, a clog may be forming behind the garbage disposal unit and building up to a considerable plumbing problem. It might be hard to know when the garbage disposal unit is developing a blockage, but if it does, it causes a huge problem in most cases. To prevent this problem, schedule for annual maintenance with your trusted plumber. They will promptly inspect all the unit and drainage pipes to promptly detect and address any issues.

Your Garbage Disposal Unit Has Blades That You Need To Sharpen

When you ask an average person to explain the interiors of the garbage disposal unit, they will most likely start describing spinning blades. That notion, as exciting as it would seem, is not accurate. A plumber would tell you that a series of compact, shredding impellers spins at high speed to chop or grind up the food waste in your garbage disposal. It’s akin to a cheese grater that’s automated.

Because many individuals believe their garbage disposal features blades, they believe they could sharpen the blades by simply grinding up ice. We don’t know who created this myth, but it isn’t accurate. It’ll be a waste of water to put ice into the garbage disposal unit.

You can keep putting ice into your garbage disposal unit, but there are some advantages and disadvantages. To begin with, ice can remove food particles stuck between the blades. This might help ensure that no scraps get stuck on the blade and cause an odor in your kitchen. Putting more objects down your waste disposal, on the other hand, will wear it out prematurely. The majority of experts will advise you to avoid putting ice cubes down your garbage disposal.

A garbage disposal unit is a vital component in any kitchen as it improves hygiene. However, most homeowners don’t understand how the unit operates, and they resort to believing in such myths as described above. Don’t be among them. Inquire from your plumber on what can go down the drains to ensure that your unit operates at the optimal efficiency and reaches the maximum lifespan. Call us at Craig’s Plumbing today for annual maintenance, repair, or inspection of your garbage disposal unit.

Photo by mariakray at Shutterstock