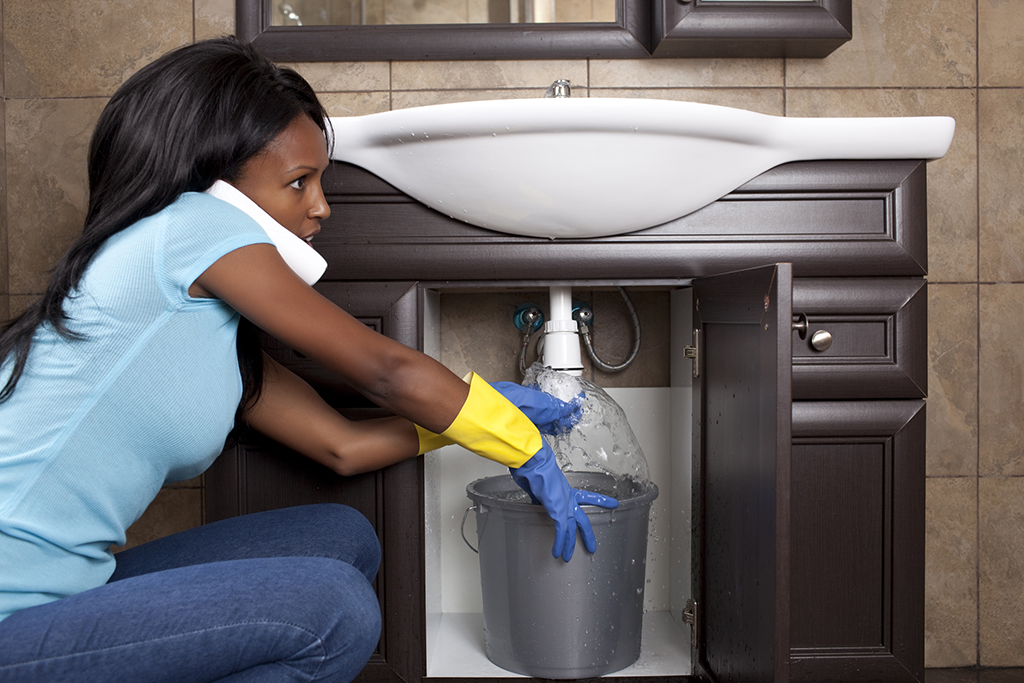 Photo By RuslanDashinsky at istock

Nobody wakes up in the morning thinking that something is going to go wrong with the plumbing system; however, these problems do tend to arise when people least expect them. Therefore, for those who live in Las Vegas, NV, it is important to know where to turn for help. Having a reliable emergency plumbing service can go a long way toward preventing serious water damage from turning into an expensive insurance claim. In order to keep these problems under control, it is critical to identify them as early as possible. This starts with knowing some of the most common plumbing emergencies that take place in the Las Vegas, NV area. Some people might be surprised at how common just how some of these plumbing issues are.

Another common plumbing issue that people have in Las Vegas, NV is a sink drain that has become clogged. Some of the most common reasons why a sink drain might become clogged include dumping dense materials into the pipes. This includes bacon grease, coffee grounds, and other waste products. Fat and other heavy items tend to come together, congeal, and block the drain. The result is a sink that backs up and starts overflowing into the kitchen.

By far, this is the most serious plumbing issue that someone might face. If the pipes burst, there might be hundreds of gallons of water that leaks into the building in a single day alone. The most common reason why pipes burst is due to corrosion that builds up gradually over the years. This is why it is important to make sure that all routine maintenance is performed on the pipes on time annually. This will help identify issues related to corrosion before they cause the pipes to burst.

The other most common reason why pipes burst is that the water inside the pipes ends up freezing. During the winter, a reliable plumbing services will tell people to let the water drip, particularly if they are going to be out of town. If the water is dripping, it is less likely to freeze. When water freezes, it expands. When this happens in a closed area, such as a pipe, the system is likely to burst. This is a serious issue that requires the attention of an emergency plumbing service as quickly as possible.

On the other end of the spectrum is a pipe that seems to be leaking. There are multiple places where a leak in a pipe might develop. One of the most common locations is in the joint of the pipe. This is where two sections of pipe come together. If the joint is too loose, water might start to drip from the pipe itself. Some people might not notice there is a leaking pipe until they get their water bill. If the water bill has gone up unexpectedly, look for a leak somewhere in the plumbing system.

A Failure of the Sump Pump

Another reason why people might need to call an emergency plumbing service is that there is a failure of the sump pump. When the sump pump starts to fail, this can lead to a serious plumbing issue. A trained plumbing services will be able to come out and take a look at the entire system from top to bottom, looking for the source of the problem. One of the most common reasons why a sump pump might fail is that there is debris blocking the impeller. If the impeller is blocked by debris, this needs to be moved by a professional to restore the system.

Finally, many people call an emergency plumbing service to help them fix a problem with the hot water heater. Some of the problems that might arise with a hot water heater include water that has a strange odor, water that has turned an unusual color, or water that won’t seem to warm up. These issues might be due to mineral deposits, corrosion in the water heater, a leak in the tank, or even a broken heating element. Trust the professionals to fix the issue.

It is important for everyone in the Las Vegas, NV area to have access to a reliable emergency plumbing service. Not having a safe, reliable source of fresh water can be incredibly stressful. For this reason, it is critical to have these issues addressed quickly. At Craig’s Plumbing, we make sure that we respond to all questions and concerns in a timely manner. We know that you would like your plumbing issues fixed as quickly as possible. That is why our services are always available. To learn more about how we can help you fix plumbing issues and prevent them from happening in the future, call us today! We look forward to hearing from you.